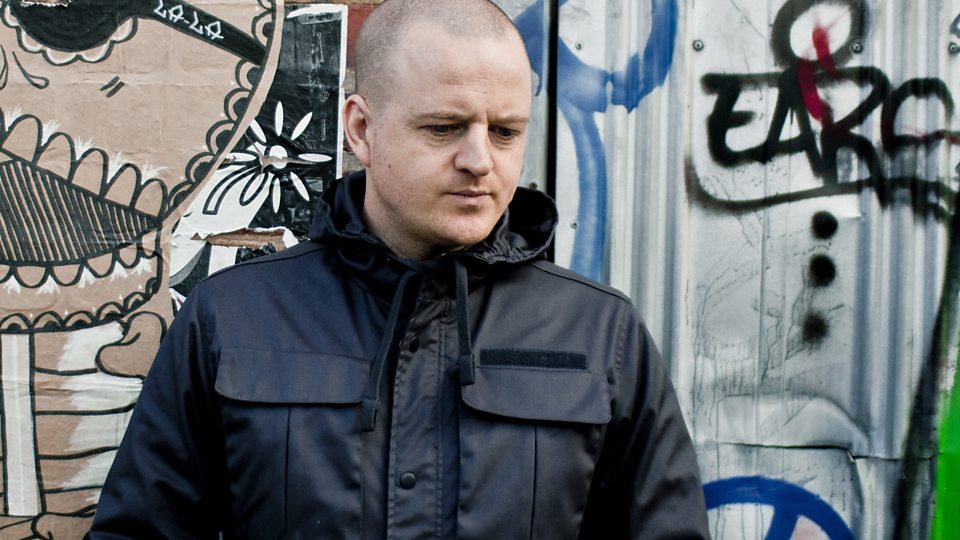 Ant TC1 along with Hidden Agenda founded Dispatch Recordings back in 2001, Ant originally helped out with the management side of the label before finding his feet within the realms of production; which was a natural progression for him having DJ’d on pirate radio and in clubs from the age of 14 (since 1992).

Fast forward to 2017 and Ant is now responsible for the label management roles of both Metalheadz & Dispatch Recordings. Having released numerous compilation series on Dispatch, the hugely successful “Transit One” & “Transit Two” albums (topping almost all the usual stores weekly dance music sales charts across all formats) and the more recent milestone ‘Dispatch 100’, the label features a fine list of consistently quality music.

Ant is also the head of Artist Management at both Outlook & Dimensions Festivals, playing a pivotal role in bringing consistently strong Drum & Bass acts to the Croatia every year, earning back to back 2013 & 2014 “Best Festival” accolades in both the Festival Awards & the Drum & Bass Arena annual awards.

You are being engaged in a long lasting relationship with music for quite a while now. What were your main goals when starting out as a DJ and how have they changed over time?

I was 13 when I first got a pair of belt drive turntables, felt massively inspired after hearing a dj mix tracks that I knew, it was like nothing I’d ever heard before. It was a Grooverider DJ set from Fantazia, castle donnington in 1992 (a 25’000 people rave I think it was at the time), of course i was too young to go and couldn’t afford it but I got the tape pack from the event and this mix was a catalyst in setting me off to where I am today most definitely. Hearing Jonny L’s ‘hurt you so’ (a record I already had) was just mind blowing and I instantly had this desire to practice and to do the same. The rest just unfolded really as time went by and I got better at dj’ing myself. I never had any expectations, playing on the radio or a nightclub were a dream but I did both respectively at a young age (radio at 14, nightclubs at 16). I’ve always just tried to do my best with it and to try push the way I perform etc best I can, it’s always been the major passion in my life.

Drum and bass has certainly evolved since its apparition in the early ’90’s, many subgenres being developed during these years. Could you name one subgenre that you think doesn’t get the attention it deserves?

I’ve never been a big fan of so many sub genres personally but I can understand it just naturally happens. I only really know a few – liquid, tech, neuro, jump up, not sure if there anymore than that! I like to play all kinds of stuff so it’s hard for me to say any sub genres don’t get enough recognition.

How do you manage to fit both keeping Dispatch Recordings going and playing at gigs into your schedule?

It’s tough! There’s running Metalheadz too (and in it’s 25th year) so yeah it’s harder than ever, I don’t always get too much sleep but always make sure I get everything done. Some tasks take longer for me to tick off than others so I have to work based on prioritising more important actions above others mostly.

What is the one track that never gets old no matter how many times you hear it?

Ed Rush & Optical ‘Funktion’ but there’s so many other classics that stand the test of time too.

Moreover, can you give us an example of a track that, in your opinion, the public never gets bored of?

Digital & Spirit – Phantom Force, still gets a massive reaction soon as it drops all these years later.

Back in the days when DJing was just a dream for you, you surely found your inspiration in other artists. Just like that, many people find their inspiration in you, aiming to climb up the same ladder as you did. What is one mistake you see a lot of up and coming DJs making and what is your advice for them?

A lot of artists start out as producers first now and get dj gigs based on their expanding popularity, I know that some promoters book artists even having never heard them dj before. It’s not a healthy process, all I’d say is if you’re a producer first and foremost take the time to practice the craft properly and fully, it was the same for me being a dj first and learning production after, they’re both an art so both should be represented to the best of your abilities. If the ability is not there yet then stay in and practice until it’s something you feel proud of as a craft and something you’re doing something unique with.

What about future releases of your own? Are you working on something at the moment? Tell us a bit about your creative workflow, walking us through the process of making music.

Yes, I have music coming on a large scale LP for Dispatch. Not sure when it’s gonna come out yet as I’m trying to build on the project all the time. More details will appear on this in due course. To start a track I have to have a strong idea as the basis. Sometimes these are inspired sometimes they just pop out of nowhere, if it starts with a sample I have to map out in my head what will work and compliment the main hook idea in my head before I build the rest round it instead of aimlessly trying things out and trying to force it so to speak. Sometimes I have blank periods, you could refer to it as ‘writers block’ these are the times I just take time out and just watch a film instead or something, it happens now and then.