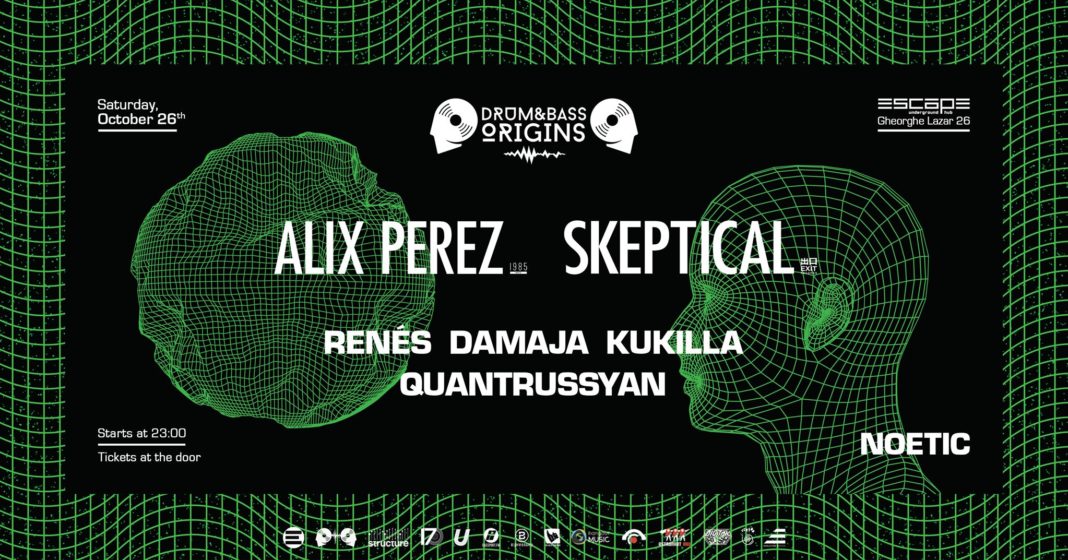 “Belgian born Alix Depauw is the face behind production moniker Alix Perez, and Shades (w/Eprom). Alix released his debut album “1984” to critical acclaim via the much revered imprint Shogun Audio in 2009. Since then he has released a 2nd studio album, multiple EP’s, launched a label and has collaborated with the foremost names in dance and electronic music including; Noisia, Foreign Beggars, dBridge, EPROM and many more. Following the release of his 2nd album Chroma Chords in 2013, Alix was asked to do a BBC Radio 1 Essential Mix, which was nominated for essential mix of the year. After this album Alix went onto to release EP’s on Exit Records before a collaborative EP with Ivy Lab on Critical Music.

In 2016 Alix launched his own imprint; 1985 Music. Now on the 15th record the label has gone from strength to strength releasing artists such as; Ivy Lab, Halogenix, Skeptical, Eprom, Shades, along with Monty and Submarine. 1985 Music promotes multiple club nights globally. Highlights include festival stages at Outlook and Shambhala. Almost every release on the label has found its way to number 1 in the Beatport charts, and in 2017 the label won ‘Best New Label’ at the Drum and Bass Arena Awards (by public vote).

Between his solo project as Alix Perez, Shades (w/ Eprom), his record label, and playing 100 shows a year, there is much to expect from this highly prolific artist.”

“As a DJ and producer whose natural passion for music in all its forms eventually spilled over into a full-blown production habit, Skeptical has been responsible for some of the most damaging yet delicate tracks within current drum & bass.

Since the outstanding Blue Eyes EP on Ingredients Records in 2011 Skeptical has since had a slew of impeccable releases on highly esteemed imprints such as Metalheadz, Soul:r and Exit Records. Exit Records became the home for ‘Marka’, a collaboration with Dub Phizix and Strategy which went on to being a DJ’s pick for many dance floors worldwide while racking millions of views online. Skeptical’s releases schedule with Exit Records didn’t stop there with releases such as Imperial EP and Without A Trace EP with Alix Perez in 2017. In 2018 Skeptical released his award nominated debut album ‘Enjoy This Trip’ and has since gone on to release ‘Fibonacci Sequence’ in 2019. In 2019 Skeptical self-released ‘Musket’ which was again heavily supported in the dance music scene worldwide.

His collaboration track ‘Move Way’ with dBridge was released on the legendary R&S Records and was the first drum and bass track to come out on the record label since the year 2000.
His work with various labels across the globe has seen him remix tracks from a wide range of producers such as Jubei, Jamaican reggae artist Sizzla, Zed Bias and more recently Mefjus. In 2017 he was voted ‘Best Alternative Artist’ at the Drum & Bass Awards UK.
Skeptical who is known for his technical Djing abilities has meant he’s travelled the world to places such as Europe, America, South America, Canada, Australasia, his DJ sets have been heard in some of the most popular clubs and festivals worldwide.”