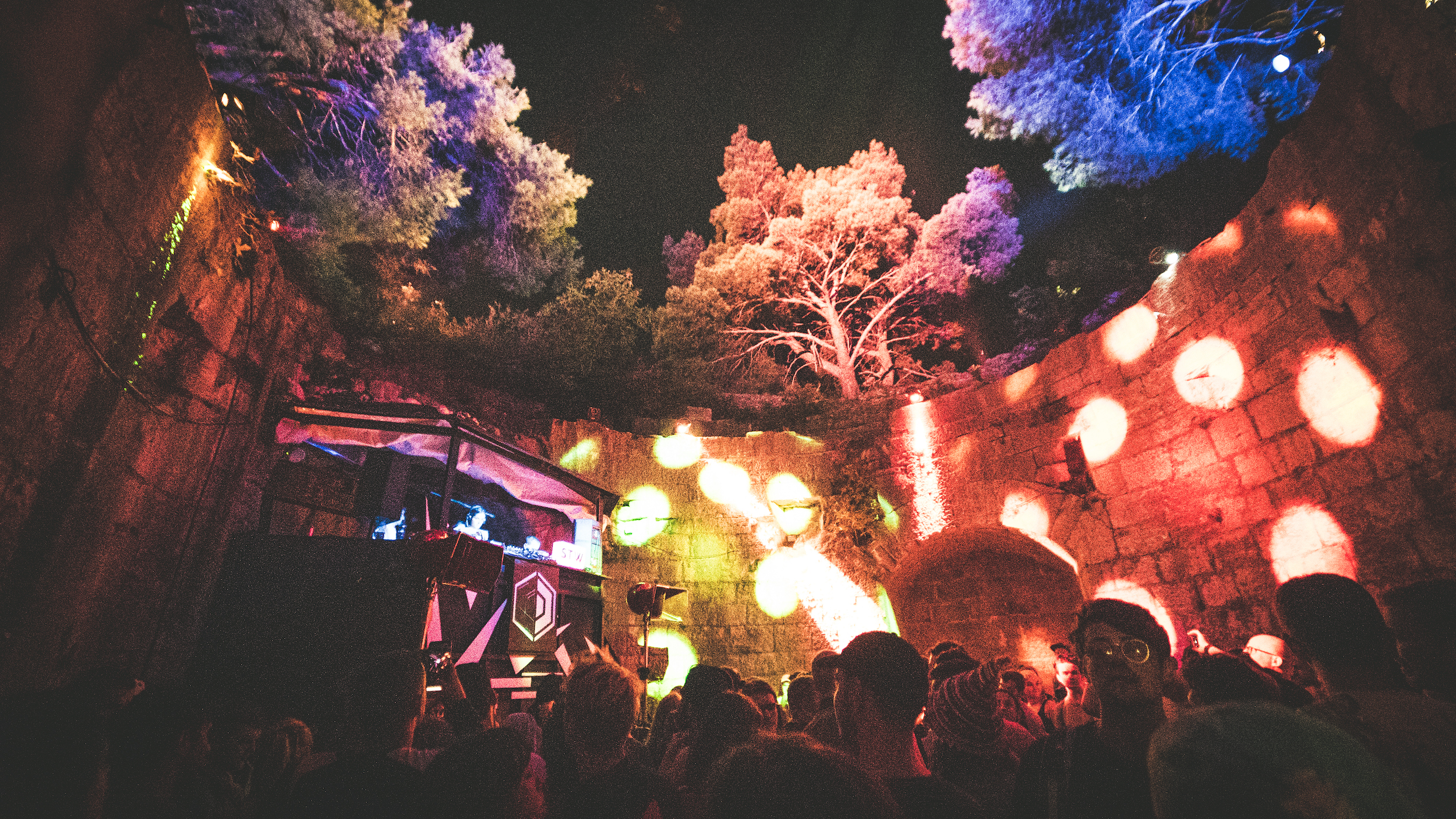 Croatian essential mainstay Dimensions announces another forward thinking line up – pulling together all the fringes of the electronic music sphere for one last party at Fort Punta Christo from Wednesday 28th August – Sunday 1st September.

Each year, Dimensions Festival impresses with an immaculate line-up that unites the heaviest names from the electronic underground with new gen artists about to break through. Dimensions’ annual opening concert will set the tone for the weekend festivities playing host to one of electronic music’s most notable names, Jeff Mills. He is joined by one of the most iconic drummers from the past century Tony Allen, performing live in the stunning 2000-year-old amphitheatre. Joining them on the bill is Objekt, who will perform tracks from his critically acclaimed album with a new live show. Hunee also joins providing his perfect blend of soulful house and disco.

Dimensions are pulling out all the stops in 2019 as the festival continues to span house, electro, techno, acid, DnB, ambient and jazz, bringing together artists from all over the globe. Joining for each outing since its conception; Hessle Audio are back in the Moat with Ben UFO, Pearson Sound and Pangaea. Following stand-out appearances at last year’s festival, fellow electronic enthusiast Batu is also along for the ride showcasing his Timedance sound. Korean-born, Berlin based selector Peggy Gou will also be making a return to the festival, not forgetting Nina Kraviz who is an essential booking for the final send off following b2b performances in the Moat and Clearing for the last two years.

Staple selectors Andrew Weatherall, Vladimir Ivkovic and Identified Patient will be providing selections in the weird and wonderful, with sounds connecting everything from post punk and ebm to breaks and techno. Returning to Dimensions after a short hiatus, techno pioneer Blawan joins for the final outing as well DVS1, making a debut appearance at the fort. London born, Berlin based Call Super is also on hand to take ravers on a journey til the early hours, as is Joy Orbison.

On a darker tip, is the return of DnB pioneer dBridge, joined by fellow peers Fixate, Skeptical andSP:MC. Mumdance is also on duty drawing from grime, techno, hardcore and more. Bass weight and dub-heavy selections come from Deep Medi label boss and DMZ co-founder Mala alongside Commodo -known for pushing the boundaries in post-dubstep.

Not forgetting electro, Dimensions welcome back DJ Stingray, one of the champions of the Detroit sound, while DJ Bone demonstrates a rare insight into his collection of electro records. An ever-popular choice for fans of the sound, DMX Krew performs live electro with a twist, who will grace the festival alongside electro pioneer Radioactive Man, also performing a special live show.

Brothers and Detroit techno legends Octave One bring their live set to the festival, while self-confessednoisician Paula Temple and one of the people’s favourites from 2019, Croatian legend Petar Dundov andSkee Mask are on hand for a voyage in techno, as is Peach Discs’ label boss Shanti Celeste and Canadian ball of energy Peach.

Outer limit techno advocate Karen Gwyer is set to surprise fans with her live set, whilst woman of the hour Object Blue makes her Dimensions debut. Genre-bending Saoirse, whose selections span electro, house, dub, jazz and everything in between, will be joined by Swedish native SPFDJ who merges the fringes of techno, acid, hardcore and trance, alongside Manchester noise electro artist Afrodeutsche.

Very rare appearances come from two of the Perlon family as label boss Zip, who has been educating ravers since the 80s, joins Tokyo based Fumiya Tanaka alongside label-mate Binh for a special Perlon showcase. An unmissable stop for fans of the deep, dubbed-out, house-sound synonymous with the label.

On a Northern soulful tip are Manchester hip hop stars Children of Zeus, who are heading back to Dimensions with vinyl aficionado Mr. Scruff. The festival is excited to welcome Sadar Bahar whose taste spans gospel, funk, disco, jazz and soul. Also on hand are NTS’ Donna Leake and Melodies International label head Mafalda. London’s hotly tipped jazz crew Steam Down Orchestra are making their first appearance at the festival with a live performance while West African disco and soul enthusiast Awesome Tapes From Africa returns to the fort.

Dimensions Festival takes places in one of the most stunning locations on the globe, set in a spectacular abandoned fortress. Picture coast-side chilling, sunset beach sessions and exploring the labyrinths of the fort at night. Unique arenas are plentiful, in the fort find Noah’s Ballroom, The Void, The Garden, Subdub Arena and of course the 80-foot Moat, stacked high with speakers. Dimensions advise festival-goers to reserve a place via the deposit scheme or purchase a ticket as soon as possible.

Still to be announced are boat, beach and tunnel parties, stage takeovers and more. Pula is accessible by taxi from the site and is complete with transport links, apartment accommodation, and historic sites. For those wishing to camp on-site, or for more info on accommodation options including boutique camping, mobile homes and more, head to dimensionsfestival.com/accommodation/. Flight options from the UK are to Trieste, Ljubljana, Zagreb, Venice Treviso or Venice Marco- Polo airports, and then a transfer. Coach packages and flight packages are all available to view/purchase at dimensionsfestival.com/travel/. Keep your eyes on the Dimensions channels for further news on line-up, boat parties and artists, see you at the final year of the fort!